To understand and know JOY

Every January it seems many of us reflect on our own lives and seek to improve ourselves by committing to an act.  For some it is going to the gym, losing weight, attending church on a regular basis, and so on.  Personally I have never found myself to be very good at maintaining the resolutions I impose on myself.  For the past few years, inspired by a couple of friend’s I have instead chose to focus on a word of the year.  They began this tradition inspired by Ali Edwards, who facilitates the One Little Word Workshop.  Edwards writes

Having a single word to focus on each year has made a difference in my life. In 2006 I began a tradition of choosing one word for myself each January – a word that I can focus on, mediate on, and reflect upon as I go about my daily life. My words have included play, peace, vitality, nurture, story, light, up and open. These words have each become a part of my life in one way or another. They’ve been imbedded into who I am, and into who I’m becoming. They’ve been what I’ve needed (and didn’t know I needed). They’ve helped me to breathe deeper, to see clearer, and to grow.


What do you do with this one little word?  You live with it. You invite it into you life. You let it speak to you. You might even follow where it leads. There are so many possibilities.  http://aliedwards.com/shop/one-little-word-2014

This year my word came to me early.  Having recently finished my Masters, during the fall I found myself a bit lost. I had spent the majority of the previous two years outside of teaching and keeping my family fed and happy, immersed in reading and writing, and online discussions.  When faced with an abundance of time, I had almost forgotten who I used to be and what used to bring me pleasure.  It was then that I knew my word for 2014 must be JOY!  I had to rediscover that which brought me happiness.

The recent holiday season brought many joyous moments... watching the kids open presents Christmas morning, baking with them, parties, time with friends, getting together with family, movies, spending a night at a hotel for New Year's Eve with the kids (thanks to Lisa for that great idea!), and so on!  It truly was a wonderful holiday.

We spent the last few days of the holiday watching Matthew play hockey in the South Delta "Party in Da House" tournament.  This is such a fun event for everyone involved.  Unlike regular season games, there is music, raffle tickets, and far more spectators. Additionally, this is the one time in the season that the Delta teams get to play each other rather than teams from other cities.  Matthew, like most of the other players, really looks forward to playing many of his friends' teams.  His team played terrible the first game.  It was evident that they had not practiced for over three weeks.  But during the second game and those that followed, the team played really well!  As Matthew's team continued to advance, we were all caught a bit by surprise, having never gone this far in this tournament before.

Sunday morning I stayed home with Megan as she had a friend over for a sleepover and didn't want to go to yet another hockey game.  Matt and Scott left for the game.  This one was important, as the winner would move ahead to the final game of the tournament.  Scott kept his parents and I updated with the events of the game via texts.  It was a very close game that went to a shoot out.  As a parent of the goalie, shootouts can be very stressful!  Matt's team won and everyone could not have been happier!  Matthew was quick to place calls to all the family to ensure they would be in attendance at the final game! 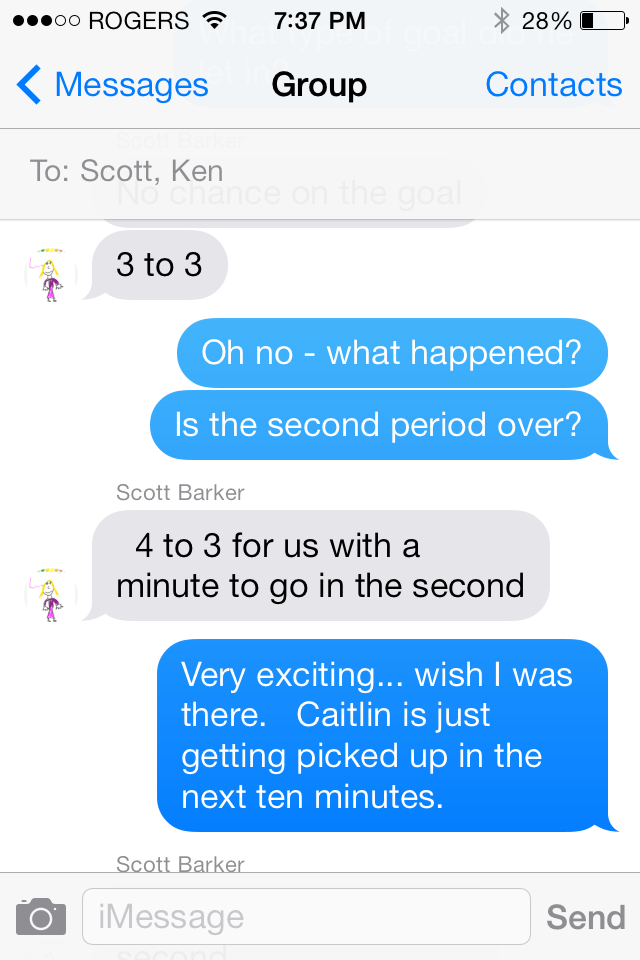 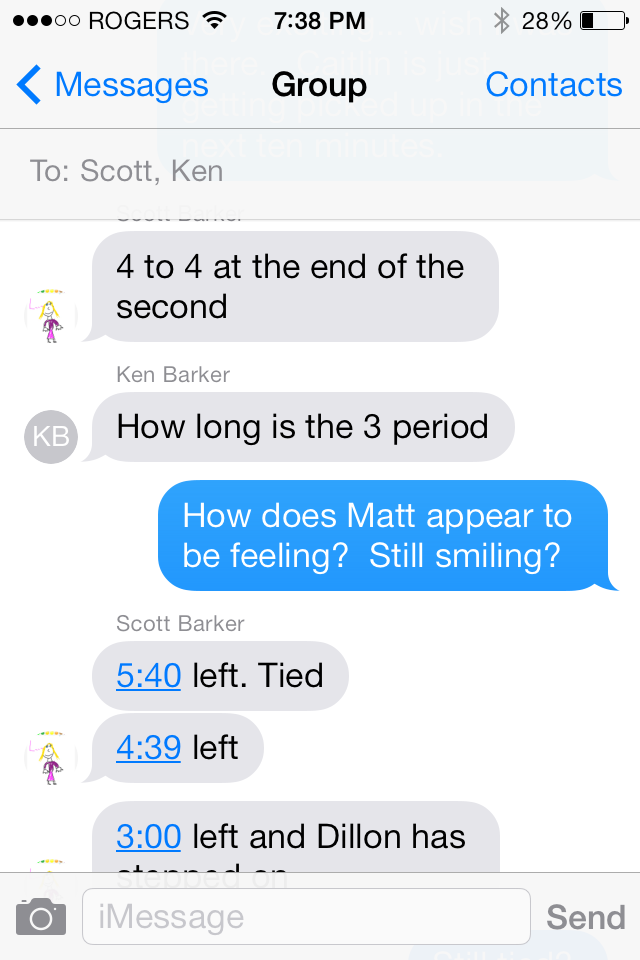 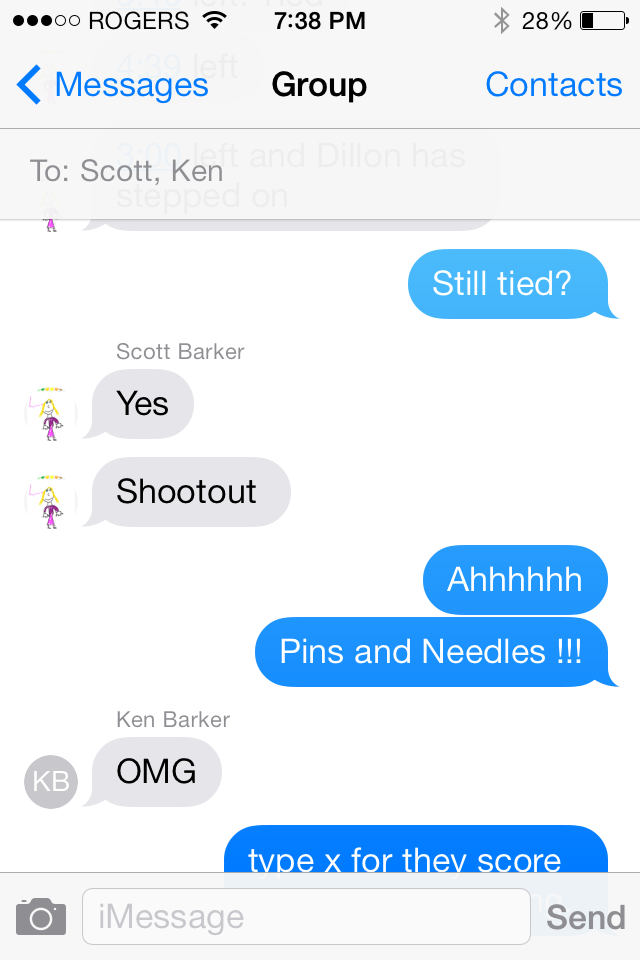 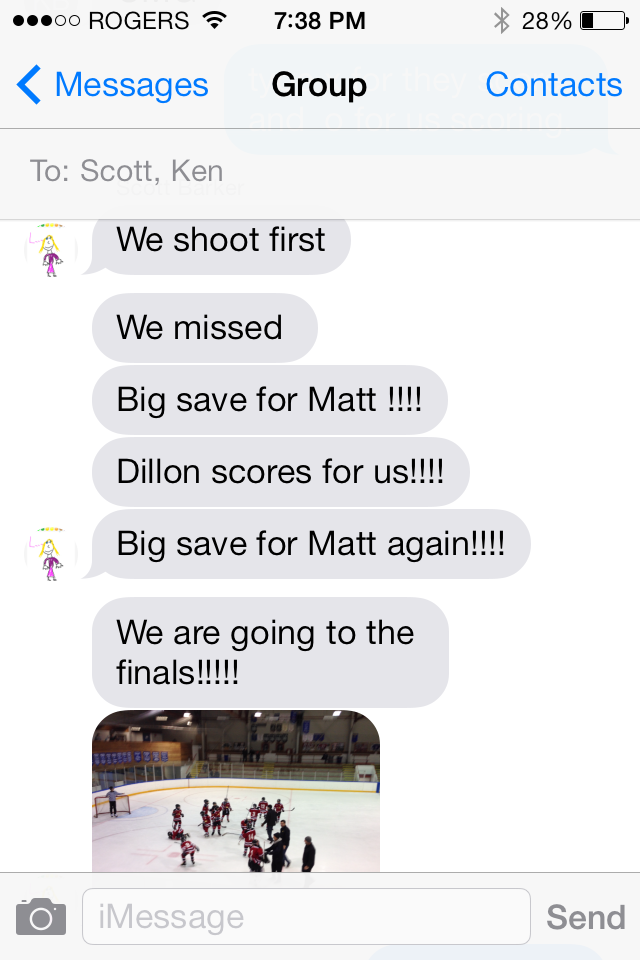 The final game began at 3 p.m.  It started out well.  We were up by 2 goals but the other team soon caught up.  We went to the second period tied but by the end the other team was up by two goals. Matt's team played hard but it just was not meant to be.  They were defeated and for the first time in Matthew's life I saw him fill with sorrow in a way I had not seen before.   Scott and I watched from behind the glass as Matthew seemed to fall over... not to the ice but his upper body lowered with his head hovering over his knees.  He stayed there for several moments.  Scott and I both looked at each other and without saying anything, we knew exactly what Matt was feeling.  He was overcome with extreme disappointment.

As I watched unable to say anything to him, I remembered a page in a favourite book I gave Megan called Someday by Alison McGee.  It this moving book, McGee details her wishes for her daughter's life... wishes for her to experience great joys, to stretch, to grow, and do all the things possible in life so that she lives it to the fullest.

Later Sunday night as I tucked Matthew in to bed he and I talked about the game and how he was feeling.  Understanding the loss, but without tears, he commented "We were so close... so close".

As I went off to sleep, I was comforted by the fact that Matthew was able to endure such disappointment.  In life I believe we cannot truly come to know and understand JOY without knowing sorrow and disappointment and although what he experienced was difficult, in the end Scott and I know he will be a better person because of it.
Posted by Jennifer Barker at 8:28 pm

Blogs that bring me smiles, connections and reflections...